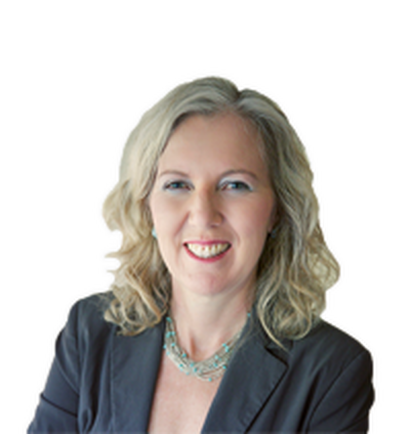 For Sarah J Buckley is a New-Zealand-trained GP/family physician with qualifications in GP-obstetrics and family planning. She is the mother of four home-born children, and currently combines full-time motherhood with her work as a writer on pregnancy, birth, and parenting. She is also a PhD student at the University of Queensland.
Dr Buckley’s work critiques current practices in pregnancy, birth, and parenting from the widest possible perspectives, including scientific, anthropological, cross-cultural, psychological, and personal. She encourages us to be fully informed in our decision-making; to listen to our hearts and our intuition; and to claim our rightful role as the real experts in our bodies and our children.
Her bestselling book Gentle Birth, Gentle Mothering: A Doctor's Guide to Natural Childbirth and Gentle Early Parenting Choices  published by Celestial Arts/PenguinRandomHouse (US, 2009), builds on her acclaimed first edition, published in Australia as Gentle Birth, Gentle Mothering: The Wisdom and Science of Gentle Choices in Pregnancy, Birth, and Parenting (One Moon Press, Brisbane, 2005).
Dr Buckley has an ongoing interest in the hormones of labour and birth, and this has culminated in her groundbreaking report Hormonal Physiology of Childbearing (2015 Childbirth Connection, a program of the National Partnership for Women and Families).
Dr Buckley’s writing has been published in Australia, New Zealand, Canada, the UK, US, and many other countries, including in: The Age newspaper (Melbourne, Australia), The Australian newspaper (Australia), Mothering magazine (US), MIDIRS Midwifery Digest (UK), Midwifery Today (US), Journal of Prenatal and Perinatal Psychology and Health (US); The Practicing Midwife (UK); The Mother (UK), The Green Parent (UK); Juno (UK) Byron Child/Kindred magazine (Aus), Natural Parenting (Aus), Mother and Baby (Aus); Playtimes (Aus); Wellbeing (Aus/NZ), Living Now (Aus),  Birthspirit Midwifery (NZ) and The Complete Mother (Canada). See below for a fuller list
Dr Buckley’s work has been incorporated into parenting books including:  Mothering Your Nursing Toddler (Norma Jane Bumgarner, US 2000); Lotus Birth by Shivam Rachana, (Australia, 2000); Loving Mama (edited by Tiffany Pallisi, US 2004); What Babies and Children Really Need (Sally Goddard Blyth, UK, 2008) and Heart to Heart Parenting (Robin Grille, Australia 2008). ). She has also written the forewords for The Wild Feminine (Tami Lynn Kent, US 2008) and the bestselling Pregnancy and Childbirth Secrets (Gail Dahl, Canada 2007)
She has contributed to professional texts including Midwifery Best Practice Volumes 4 and 5 (Edited by Sara Wickham, UK 2004 and 2009); Sharing Midwifery Knowledge: Tricks of the Trade Volume 4 (Midwifery Today, US 2004); and Essential Midwifery Practice: Intrapartum Care (Edited by Denis Walsh and Soo Downe, UK, 2010).
Dr Buckley has presented at over 100 workshops and conferences in Australia, New Zealand, Europe, the UK, the US and Canada, lecturing to midwives, nurses, physicians, obstetricians, doulas, and childbirth educators as well as mothers and fathers. See below for a more complete list.

She has been interviewed on issues related to birth and mothering for TV, radio, newspapers and magazines, and also for educational and birth-related DVDs including the films Orgasmic Birth and Reducing Infant Mortality.  Dr Buckley is a member of several international editorial boards including International Caesarean Awareness Network (ICAN); Pathways Foundation for Wellness and the International Childbirth Education Association (ICEA).
Her work has been translated into Italian, French, Spanish, German, Hebrew, Polish, Hungarian and Estonian, and Czech.
Sarah Buckley is one of the few people in this world telling the truth about pregnancy and birth… Sarah’s words are truly a gift to the midwifery and birthing community.”
Jan Tritten: midwife, editor Midwifery Today
Personal and family background
Dr Buckley’s interest in birth was shared by her late father, Tim Buckley, and grandfather HF (“Buck”) Buckley, both of whom practiced as family physician/GP-obstetricians in her hometown: Whangarei, New Zealand. Both Sarah’s father Tim and mother Nola were born at home, with Nola’s birth attended by her father’s mother as midwife.
Sarah trained in medicine at the University of Otago, where she gained the qualification MB, ChB, equivalent to MD in the US and MB BS in Australia. She gained her Diploma of Obstetrics at the University of Auckland,  and subsequently trained as a family physician (GP) in Palmerston North, New Zealand. She moved to Melbourne, Australia in 1987, where she worked in community health, general/family practice and with Dr Peter Lucas at Wattle Park House — a homebirth general practice — for several years. Sarah also holds a certificate in Family Planning and is a member of the Royal Australian College of General Practitioners, the Australian Medical Association, and the Australian College of Nutritional and Environmental Medicine.
Her understanding of birth and mothering as a journey of transformation has evolved from her own experiences, and has deepened through her participation in women’s circles, including with Shivam Rachana Evans (author of the book Lotus Birth).
She has experienced almost everything that she writes about, including instinctive pregnancy; ecstatic birth; attachment parenting, co-sleeping, long-term breastfeeding (Sarah has enjoyed being pregnant and/or breastfeeding for more than 15 years), lotus birth, raising babies without nappies/diapers, yoga in pregnancy and mothering, and parenting through the teenage years and beyond.
Her personal interests and hobbies include yoga and meditation, which she has practiced for over 20 years; natural family health and healing; camping; bushwalking/hiking, swimming; world music; and dancing.
Sarah lives with her family in the semi-rural outskirts of Brisbane (Australia).
Dr Buckley’s published articles and book contributions

Dr Buckley has contributed to the following books

Dr Buckley’s talks and lectures include:

Internet radio:Films:
Sarah appears inSarah’s professional interests and memberships include:
Professional interestsProfessional membershipsSarah is an advisor on the following boards and panels“Sarah Buckley marries the medical mind and the birthing woman’s body wisdom. Her writing comes from the unique perspective of a holistic integration of these often-poles-apart realities. Unfortunately, this combination is very rare in modern obstetrics. Her writing opens up new possibilities for those lucky enough to imbibe..”
Gloria Lemay, midwifery educator and contributing editor, Midwifery Today (Vancouver)