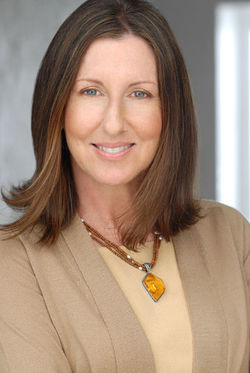 In her early twenties, Dr. Marcy Axness was an Emmy-nominated, multiple award-winning writer/producer in the world of documentary television, working for CBS News, the Disney Channel, Lifetime, Showtime and others. But becoming a mother rocked her well-ordered world and called her toward personal as well as intellectual growth. Her own life and discoveries as an adopted person and a mother led her to pursue deeper understanding of how we become who we become, and just how early that becoming begins!
Once her son and daughter were in school, she turned her penetrating eye and inquiring mind to earning her doctorate in the interdisciplinary field of early human development. Her research question never wavers: How do our conventional parenting, childcare and education practices affect our children’s healthy development and potential? And in a research climate that is always asking how things go wrong, Dr. Axness’ passion is to focus on what can go right — how we can optimize potential and do it in a healthier and more joyful way? Her teachings are imbued with a relevance and compassion borne of her willingness to share her own parenting struggles, joys and discoveries.
Marcy is a soul guide in a world in need of her vision.
– Kim John Payne, author of Simplicity Parenting
Dr Axness’ areas of expertise include adoption (emotional, developmental and spiritual issues), prenatal parenting, and interpersonal neurobiology. One of the world’s few experts in the primal issues in adoption, Dr. Axness Mothering.com blog bio and is a member of thier online expert panel.  A professor of prenatal development, Marcy also has a private practice coaching parents-in-progress, and provides training for childcare, adoption, education, and mental health professionals about the latest findings in the science of human thriving.
A popular international speaker on attachment, culture, and child & parent development, Dr. Axness is featured in several documentary films as an expert in conscious pregnancy, adoption, and Waldorf education.  She has delivered keynote presentations to audiences across the U.S., in New Zealand, Canada, the U.K. and Brazil, and has appeared in countless publications, both popular and scholarly. She has a solid constituency and devoted following cultivated over nearly twenty years of speaking, writing, counseling and networking within multiple intersecting communities whose interests center on progressive human insights, development and evolution. Her favorite audience is young people who light up at Dr. Marcy’s empowering Parenting for Peace message: You can change the world, beginning long before you have children…beginning today!
Other accomplishments aside, Marcy views as her most impressive credential that during her 25-year marriage she birthed two babies, mothered two toddlers, shepherded two school-aged children, parented two teens, and is proud to have seen two extraordinary individuals — Ian and Eve, both in their twenties — out of the nest and into the world to pursue their paths of life artistry.