Birth into Being, Doula trainer 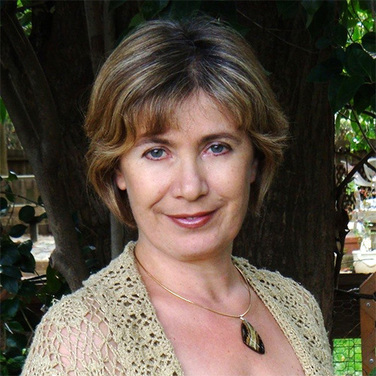 Elena~ birthintobeing.com
Elena Tonetti-Vladimirova is the founder and Director of the constantly expanding international organization, Birth Into Being, which is dedicated to Conscious Evolution and the creation of a thriving future social structure based on Love, Compassion and Common Sense.  Speaker, filmmaker and author, Elena artfully uses multi-media to share her message with the world.  Over 32 years of a tireless commitment has earned her the status of "spiritual midwife" to thousands of people.
Elena’s curiosity and passion has been her guiding force in life, helping to gather experiences that eventually culminated as the Birth Into Being Method.  It began in Russia in 1982 when she joined the Conscious Birth Movement.  While studying under Igor Charkovsky, the Russian Waterbirth pioneer, Elena was exposed to alternative birth practices, including birth camps at the Black Sea where babies were born in the presence of wild dolphins.  Here, Elena witnessed firsthand that birth complications are preventable.
The 80’s were a deeply formative period for Elena.  She was simultaneously leading business management seminars called, "The Games," which were extremely effective in bringing socioeconomic changes in, then, the USSR.  She was also involved in "Citizen Diplomacy," an underground organization dedicated to ending the Cold War and lifting the “Iron Curtain,” creating open lines of communication with the West.
​In 1986, Elena immersed herself in the Sustainable Community Movement, called MJK (a Russian abbreviation for ‘Living Space for the Young).  The first community in Siberia, by that time, had over 30 000 residents and was an oasis of safety, democracy, healthy lifestyle, and progressive farming. Elena’s first documentary, "How Dreams Come True" (1995, 58 minutes), is a detailed account of her experiences with this community.
Elena's life took an unexpected turn in 1989 when she came to the U.S. for what was supposed to be a short visit.  Five days after her departure, the Eastern Block collapsed and she found herself completely cut off from the world she knew.  She was 3 months pregnant, did not speak English, had no money, no friends or a place to stay, and a rapidly expiring visa.From that place, Elena slowly built herself up; creating a new life and community that empowered her to continue her crusade for Conscious Evolution.  She has since created “Birth Into Being” (1999, 25 minutes) and “Birth As We Know It” (2006, 73 minutes), written articles for countless international magazine editorials, and led 20 Birth Into Being Method workshops and trainings internationally each year.  Now she has trained over 200 facilitators in 22 countries, who use the Method in all major languages.
The impact of Elena’s work has been recognized at various conferences, and more recently in the U.N. sponsored book, “A Force Such as the World Has Never Known”.  Published in 2013, the book features Elena’s chapter, along with articles from 30 other woman leaders of grassroots movements around the world.
Now, more than ever, Elena is focusing her work on conscious creation.  The end of 2014 will mark the end of an era; Elena plans to retire from leading the Method workshops, and pass the torch onto her highly trained facilitators, so she can make space to birth new projects.